A Fourth Round of Aesop, ASAP 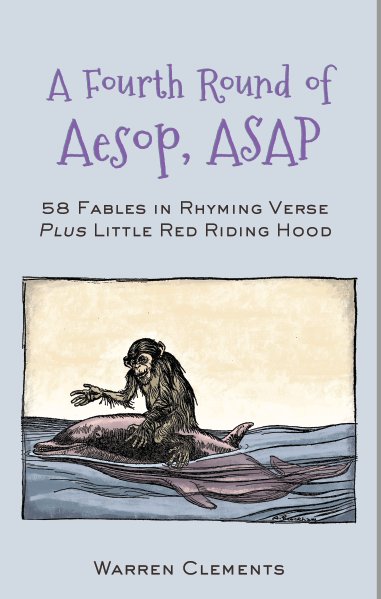 A Fourth Round of Aesop, ASAP

This is the fourth in a series of books that turn Aesop’s fables into rhyming verse , accompanied by gorgeous illustrations by such masters as Arthur Rackham, Louis Rhead and Sylvain Sauvage. Along with the familiar tale of The Hare and the Tortoise (spoiler alert: the tortoise wins the race) are less familiar tales: the mountain that gave birth to a mouse, the man who rented out his donkey but not the donkey’s shadow, and the pigeons who interceded in a war between the vultures (not a good idea).

Along with the 58 fables in the book is a verse retelling of Little Red Riding Hood, which begins: “There was a young girl who delighted in red --/ Red towels in her closet, red sheets on her bed,/ Red shoes at her bedside, red socks in her shoes,/ And when she was sad, she got reds, not the blues.”