PLEASE NOTE THAT WE MAIL ONLY TO CANADIAN ADDRESSES. 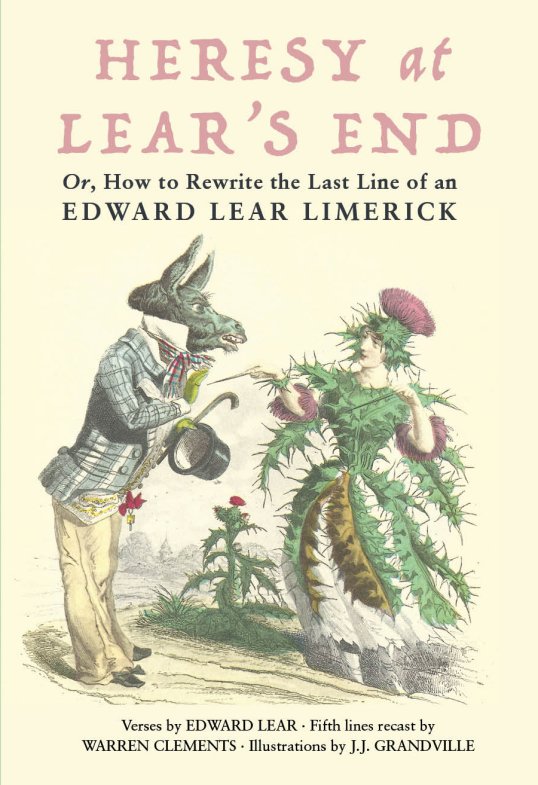 Edward Lear is generally considered the father of the limerick, although he didn't use that word. He created the verses to amuse the children of the thirteenth Earl of Derby, who had commissioned him to paint the creatures in the earl's menagerie. Although Lear's imagination was fertile, he limited the rhymes in his verses. The word at the end of the fifth line was always the same as the one at the end of the first line. For instance: There was an Old Person of Dundalk/ Who tried to teach fishes to walk;/ When they tumbled down dead,/ He grew weary and said,/ "I had better go back to Dundalk."

Suppose that, as he did in a few rare cases, he found a new rhyming word for the final line. In the case above, he might have written, "Perhaps I should teach them to talk." This book imagines new endings for more than 200 Lear limericks, and includes Lear's own endings. The illustrations are by the great French illustrator J.J. Grandville, but they weren't written to go with the limericks; they just fit perfectly. So relax, read these limericks with two endings, and dream up your own fifth lines.

You can order this book through PayPal ($12.95 plus tax plus shipping).