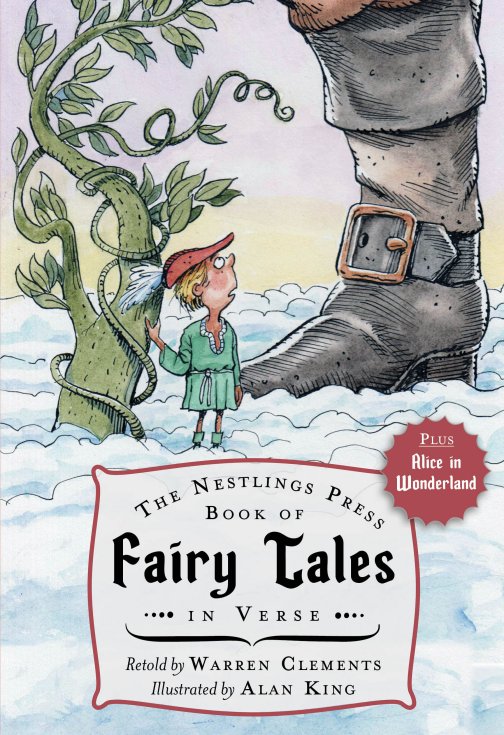 There is more than one way to tell a familiar fairy tale. The Nestlings Press Book of Fairy Tales in Verse turns twenty classic tales such as Cinderella, Jack and the Beanstalk, The Pied Piper of Hamelin and The Emperor’s New Clothes into verses of three or four pages, charmingly illustrated by Alan King. Also here for the ride is a twelve-page verse rendition of Alice in Wonderland, along with shorter verse retellings of Rip Van Winkle, King Midas, Pandora’s Box, and Peter and the Wolf. Perfect for reading aloud, they also lend themselves to quiet enjoyment. Here is a sample from The Three Little Pigs:

“I’m furious, pigs. Will you let me come in?”
“No, not by the hair on your chinny-chin-chin.”
“This time I’m not kidding. I’ve got a strong hunch
In minutes I’ll have three fat pigs for my lunch.
I’ll huff and I’ll puff and I’ll blow your house down.
They’ll pick up the residue in the next town.”
The truth is the wolf was in sort of a fix.
The third little pig had been smart and used bricks...